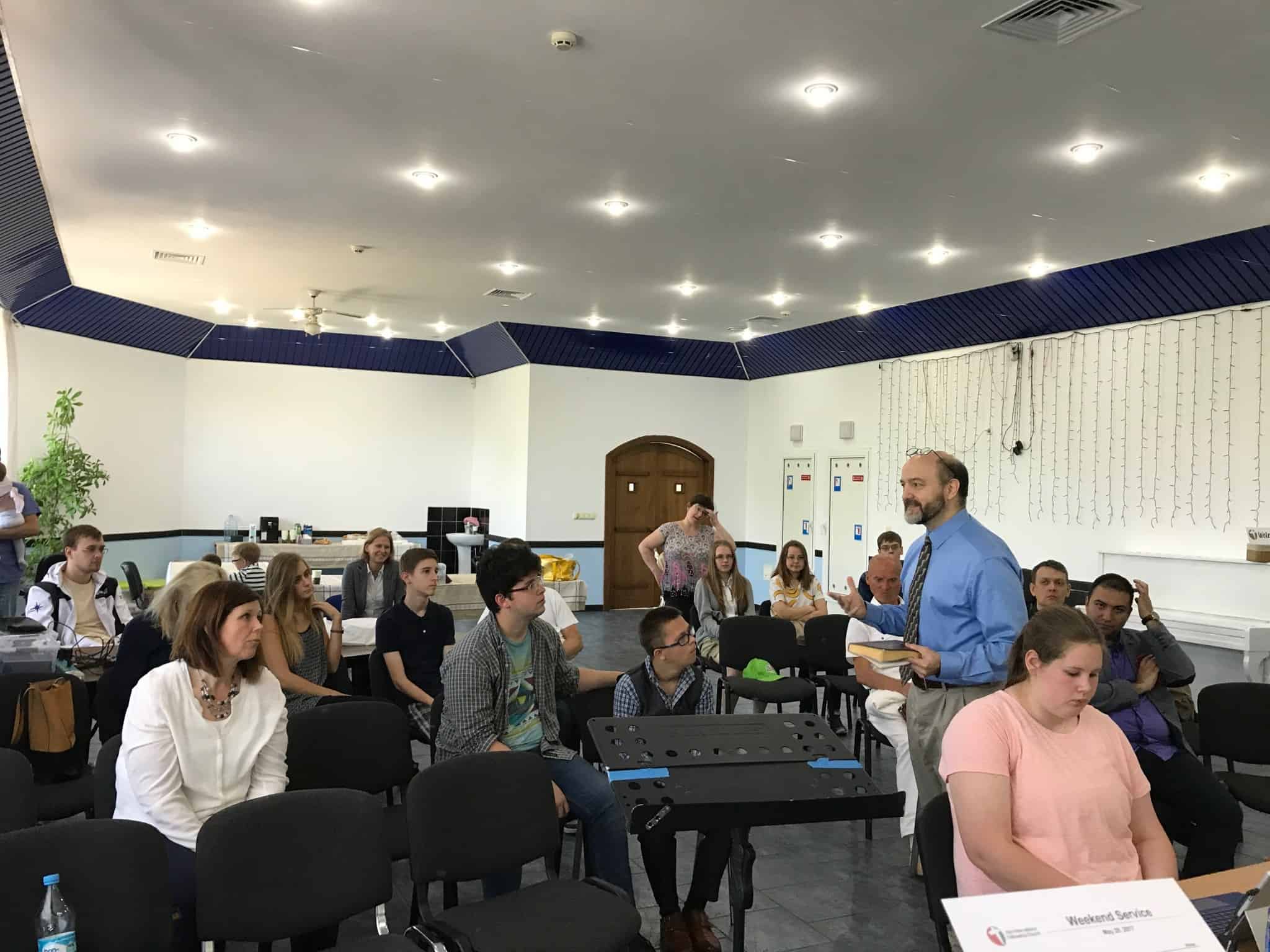 By: Chris Malone Posted in Church, Life In Ukraine, Ministry

The quirks these kids have can really get to me. The noise they make can make me feel like I’m losing my mind (that is not over-stated). The stares we get (or they get) when we leave the house – even going to church – get on my nerves.

I mentioned, already, that this isn’t a pity party or a gripe session, right? It’s just real life. It’s okay – it could be worse. After all, they could have had their sweet lives cut short without ever knowing what it felt like to be cuddled and sung to. Or to have enough food that they didn’t feel constant hunger.

Driving to church is always a challenge for me. Having everyone in one van (that’s a bit crowded) is difficult. There’s something about their noises that just get’s me in my core and I can barely take it. In a confined space, it’s more than I can withstand. That’s my own little quirk, I guess. But to have them in the van, each making “their” noise sucks any patience I have right out of my body. Every ounce. This morning was no different. And to top it off, Ethan woke up on the wrong side of the bed – or something. His life has probably been the worst of any of them, yet we don’t know exactly what that means. He has the most trauma, though, and it causes him to act out the most. So all combined, I was sure glad to get to church this morning in one piece and with a little bit of sanity left.

But most of that frustration melted away when I started practicing for the service. Ethan calmed down and started his leg swinging (kind of a backwards rocking motion he does with his legs) and Matthew just stared at me and smiled and started his rocking (it’s what he does when he’s really happy). Eliana just smiled at me. Eli did his sideways rocking. Micah was at the back of the room guarding the broom and dust pan – I don’t know why, except that he loves to sweep after fellowship time and maybe he thinks someone is going to steal that job from him, but as far as I’m concerned, it’s his for life. It occurred to me, however, that these kids were worshiping in their own way. I suppose it could be embarrassing because of the way they “look” when they are doing these things. But to me – today – it wasn’t.

(It looks like Micah had already abandoned the broom.) But this right here is worshipping. Matthew doesn’t worship like anyone else I’ve ever known. But it’s worship. It’s joy before the Lord. I have no doubt he’d be singing along if he could.

Blessed be the Name of Our Great God.

You can view the newsletter archive HERE.